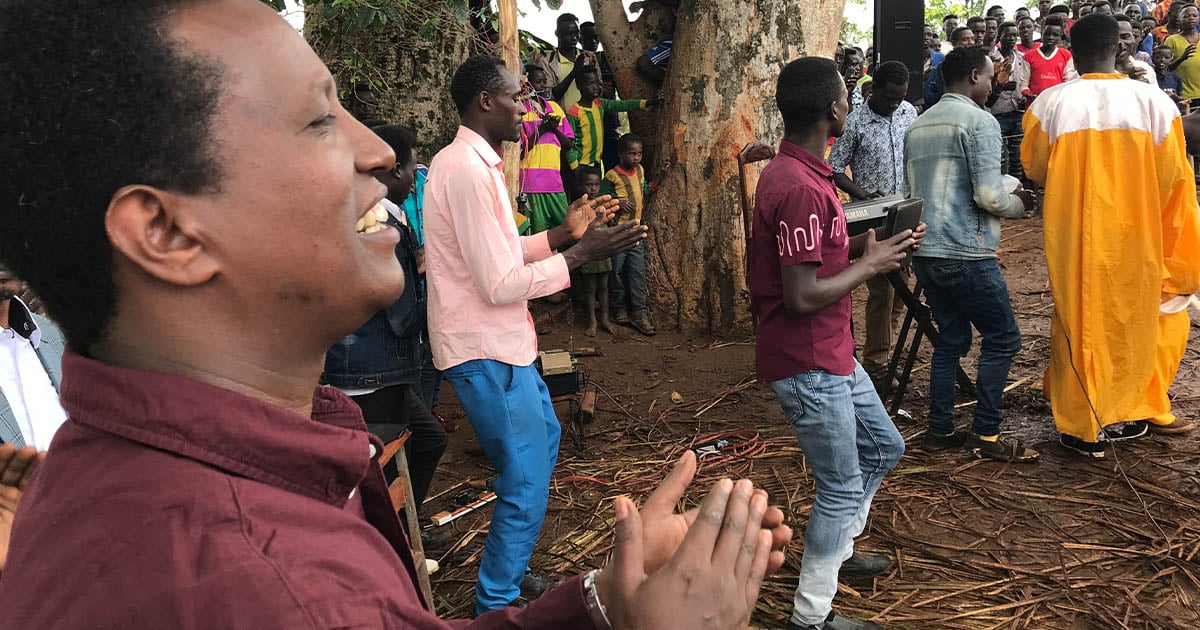 “I was captured in the middle of the town by the local police,” says Tefera, recalling a terrifying day when he was just 14 years old, visiting his grandmother in her village in Ethiopia.

“I didn’t know what was going on, but they took me to prison.” Once in the prison, Tefera discovered other family members had also been arrested. Then he learned the “criminal activity” behind their imprisonment: the family had dared to welcome Christian missionaries into their home.

“On the nineteenth day of my imprisonment, they came and they beat us,” Tefera says. “They tortured my uncle and they tortured me. I was very angry and complained a lot to God. I said, ‘God, if you are true, you should make justice.’ ”

That night Tefera had a vivid dream in which someone kept calling to him and repeating, “God is alive . . . He is here.”

When he awoke, Tefera told his uncle about the dream. His uncle listened closely and, moved by the dream, told Tefera: “You’ll be free tomorrow.”

Sure enough, the next day officials showed up and released Tefera.

“On that day,” Tefera remembers, “I knelt down and I gave my life to Him.”

Then, like David taking on Goliath, young Tefera made his way to the prime minister’s office to seek help for his family. At first, he was rebuffed by lower-level officials because of his age. But he kept pushing and speaking out about the injustice his family was enduring until he was finally heard by the regional president, who immediately ordered the release of all of Tefera’s family members.

Tefera is now the Director of Wycliffe Ethiopia. Not only did he experience God’s faithfulness in that dark hour—he’s also seen how God’s translated Word can transform hearts, lives, and even an entire community.

“Our whole community, about 200,000 people, were illiterate,” Tefera says. “But with the gospel of Jesus Christ, education started and literacy programs.”

Slowly, as people began to follow Jesus and churches were planted, Tefera saw his community blossom, grow, and flourish. The old became new, and he gives God all the glory.

“God always uses people,” Tefera says. “He is using people like you and me to bring His Word to the nations. That is why I will never, never stop being in the mission of Bible translation.”

Because of your prayers and support, Ethiopian Bible translators have completed seven
New Testaments and are reaching out to help two neighboring countries do translation.

And in recent news...